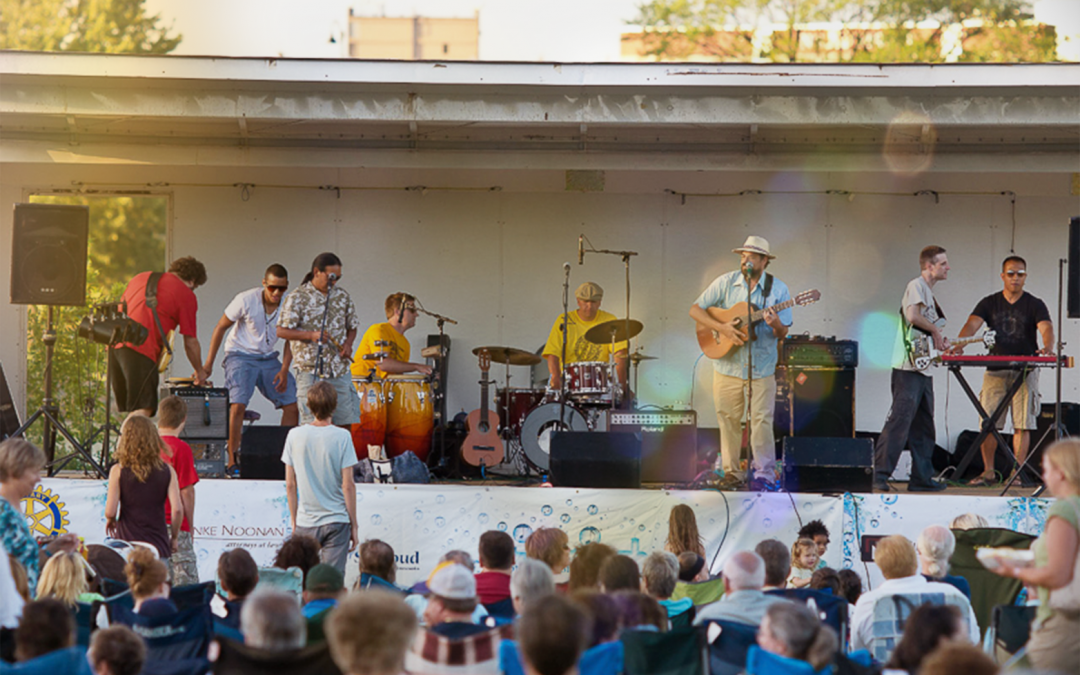 There’s a legend about the origin of Summertime by George! Members of the Rotary Club of St. Cloud tell it with zeal.

There was a cocktail napkin, they say. Which has sadly been lost to history, they add.

It was on this napkin during an after-work conversation in Bubba’s Bar & Grill in Sauk Rapids that two Rotary members hatched a plan for what would become Summertime by George! They scribbled the idea on a bar napkin.

The free music event would have two purposes: bring people down to the park and to bring the community together.

It was on this napkin during an after-work conversation in Benton Station tavern that two Rotary members hatched a plan for what would become Summertime by George!

Most service organizations might have proposed one event to become an annual tradition. But the Rotary Club of St. Cloud thinks BIG. These two Rotarians, Dave Tripp and the late Mark Christianson, envisioned a major community gathering. 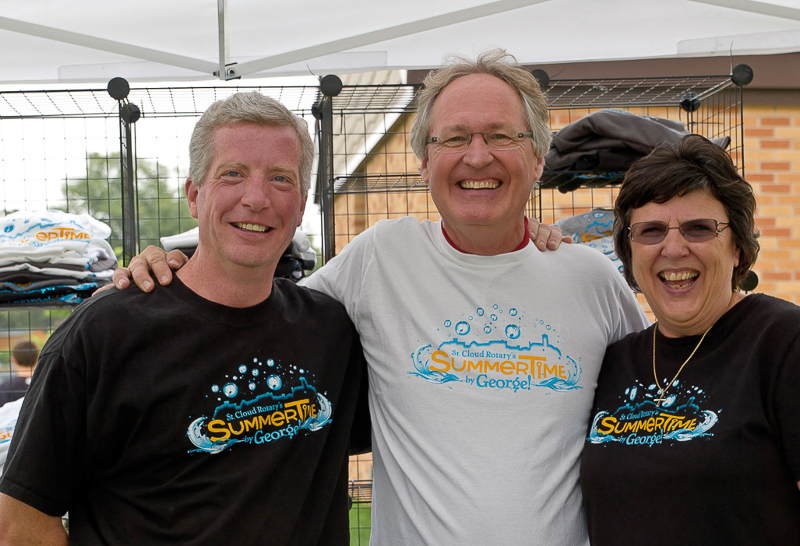 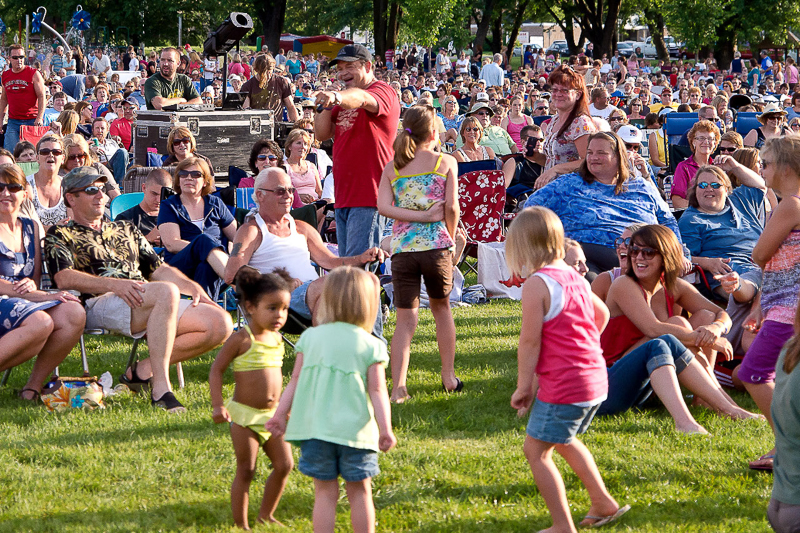 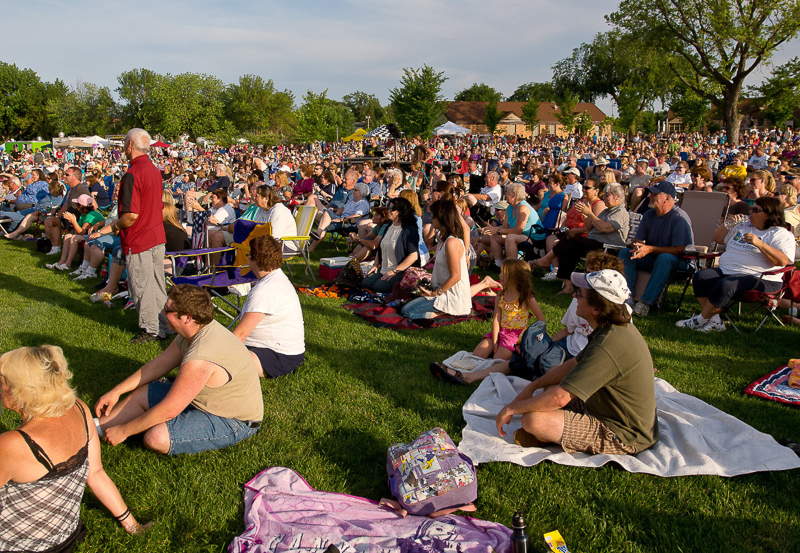 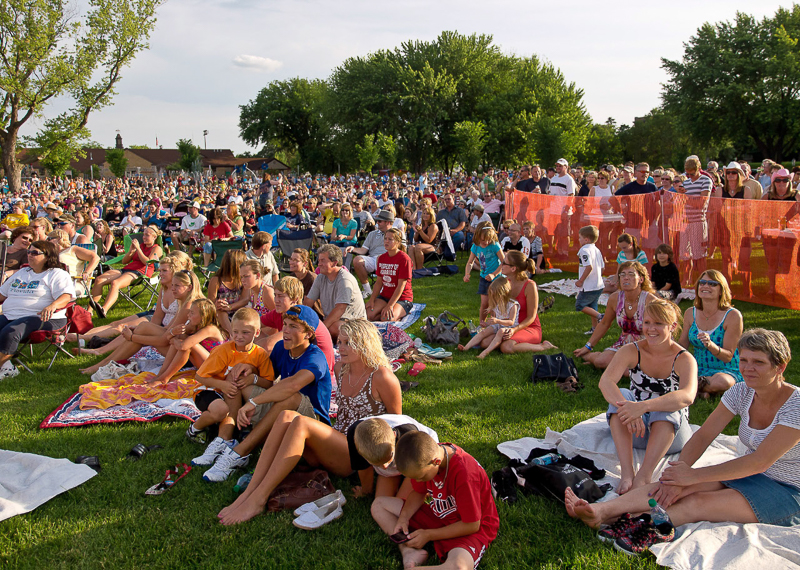 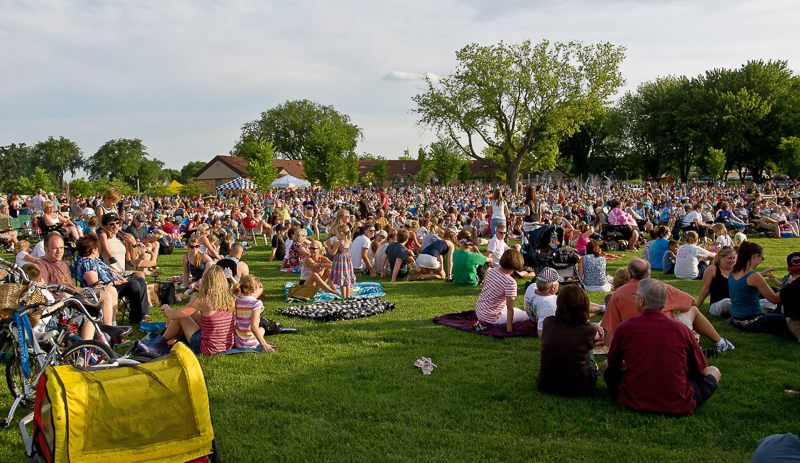 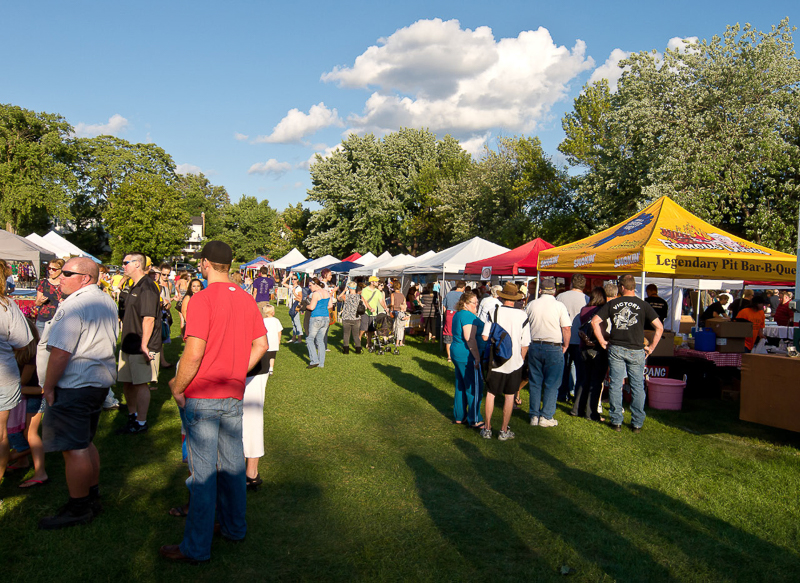 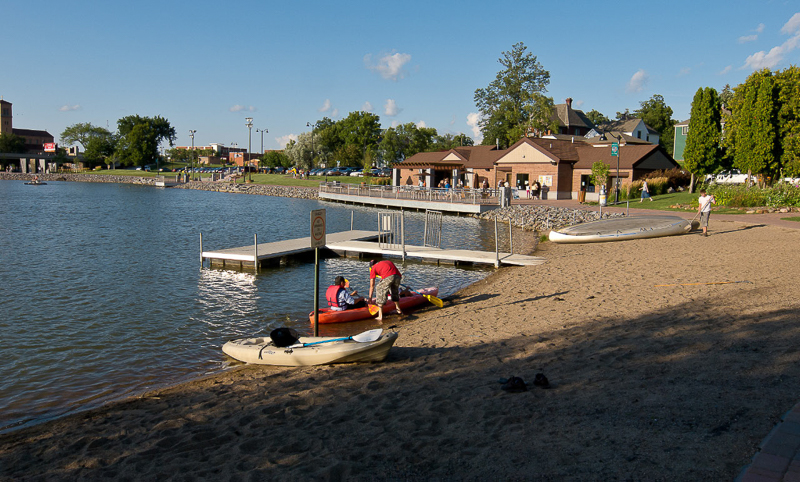 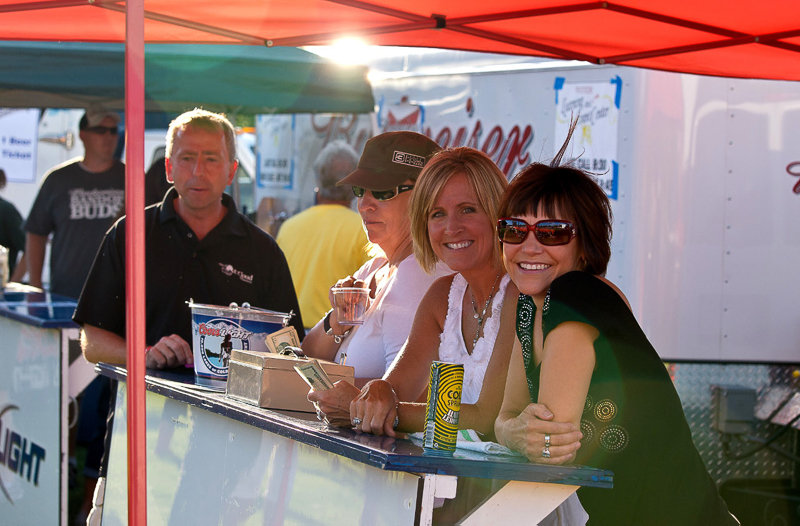 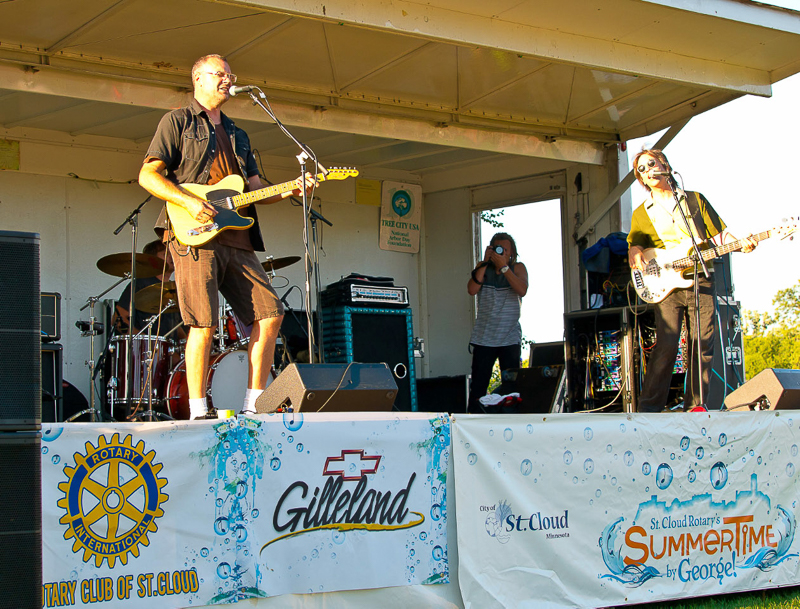 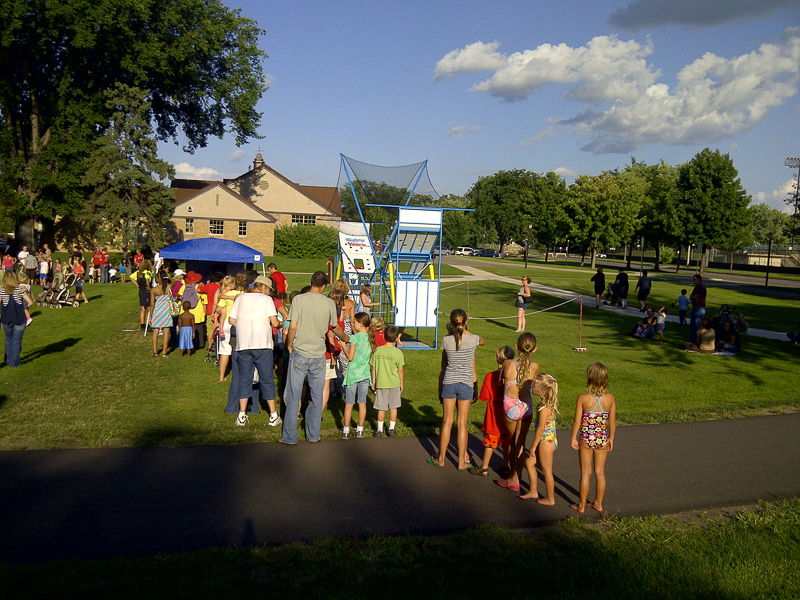 More than a decade later, the club has managed more than 100 events over 10 summers, including 2021. The park now has a permanent performance stage, added in 2014. Members estimate they will serve their millionth person this summer, said Tripp, member of the Summertime by George! executive committee and former St. Cloud Rotary Club president.

The scale of the effort is staggering: The club is staging a large event 12 weeks in a row.

The vast majority of the work is done by Rotary volunteers, most without any experience organizing concerts or major events.

“The series is one of the more significant projects undertaken by individual clubs worldwide,” said Michael Mullin, informal club historian and a former Rotary club president.

Thousands Turn Out Every Summer

In its first year, 45,000 people turned up during the 12 weeks, each show averaging nearly 4,000 people, Tripp said. But club members wondered, would the club see the same crowds the next year, when the idea wasn’t so novel? Attendance grew modestly in 2012.

But it was in 2013 when the event truly caught on in the community, with a total summer audience of 86,000 people, or more than 7,000 people each week. The final night that year had the highest attendance, with more than 13,000 people, Tripp said. Crowds now regularly average 11,000 people.

The crowd continued to grow, year after year, as organizers kept what worked and tweaked what didn’t. The Fabulous Armadillos consistently draw the largest audience, topping out at nearly 20,000 people in 2017, Tripp said.

Many Rotarians will say its success comes from a simple principle: Make it free. There are no tickets to purchase, no sold-out shows, no high-priced food or drinks.

A family can come to Summertime by George! and not spend $1, said Jim Dwyer, trustee for the club’s St. Cloud Rotary Foundation and former Rotary club president. “Our original intent was not to make money but to bring the community together.” 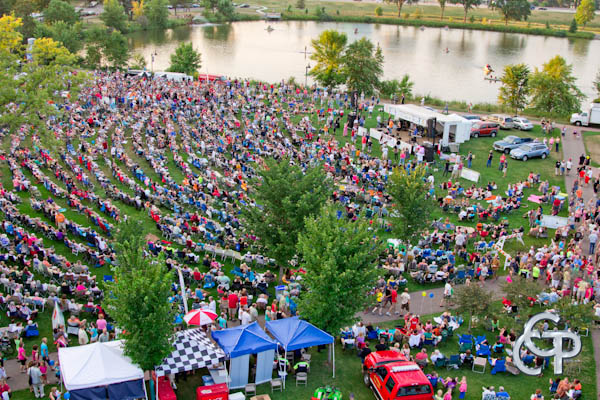 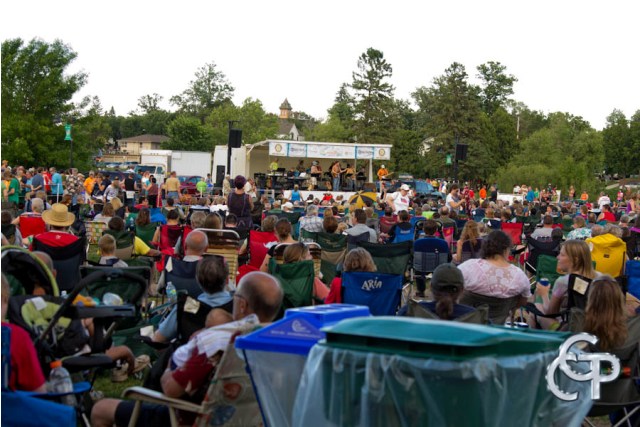 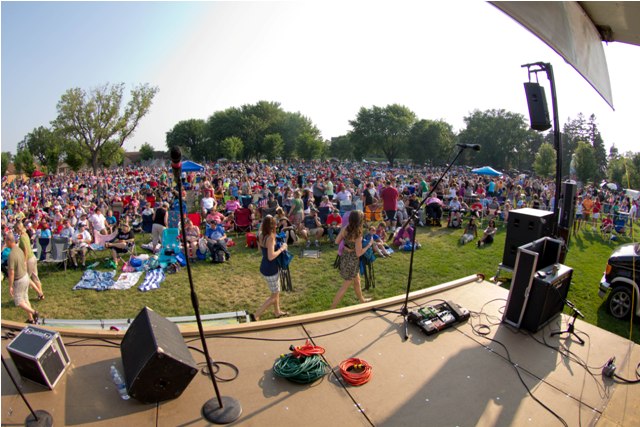 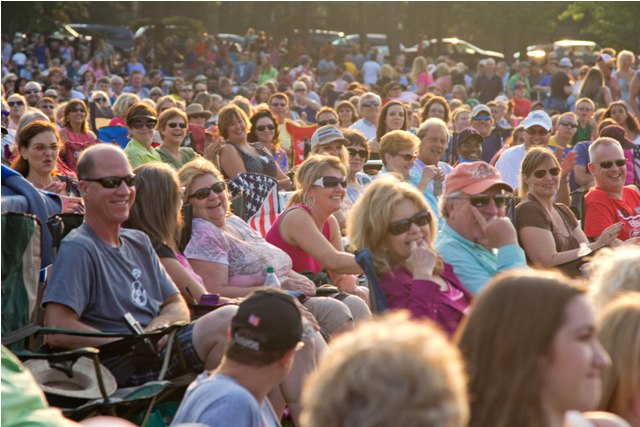 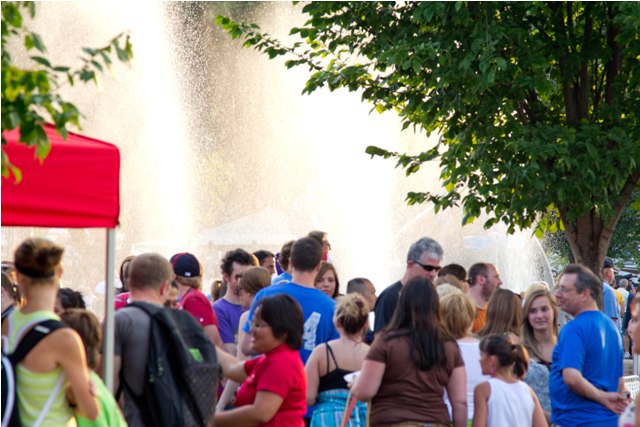 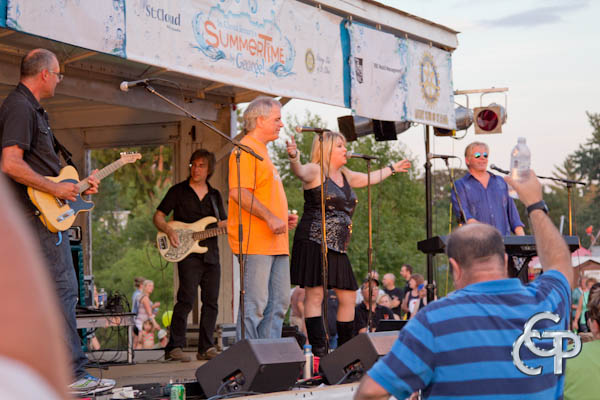 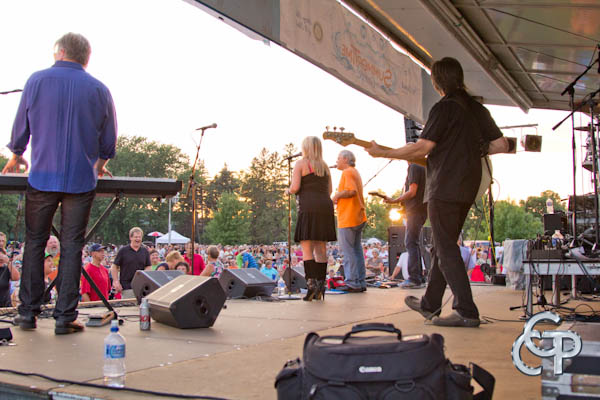 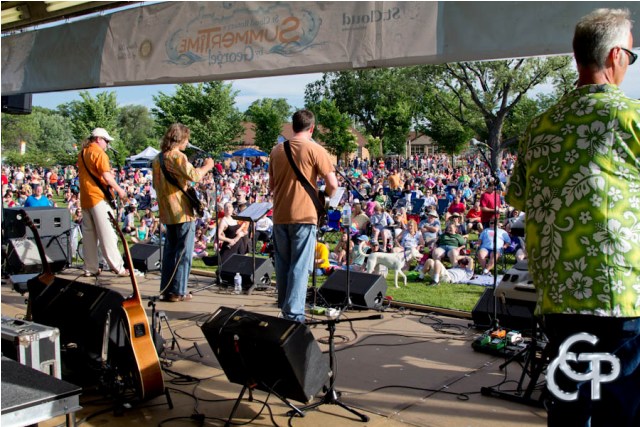 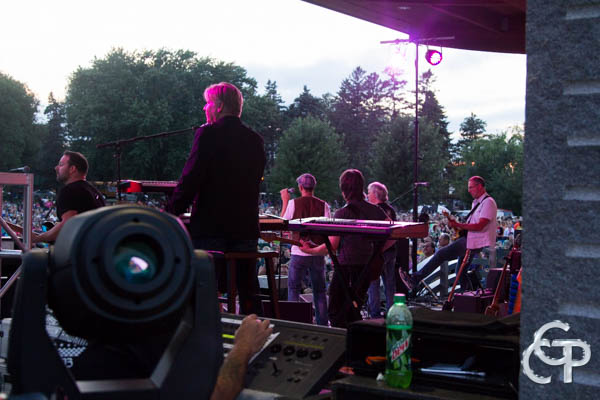 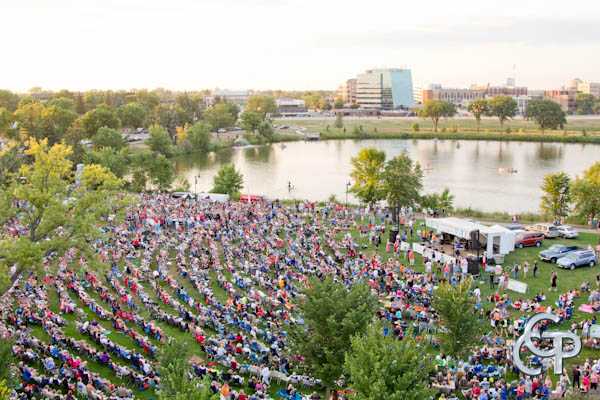 Perhaps surprisingly, the concert series has become a reliable money-maker for the St. Cloud Rotary Foundation. Funds go directly back into the community to fund projects like the revitalization of the park at Lake George, the creation of major community events as well as the development of Pathways 4 Youth, a resource center for youths 16-24 experiencing homelessness and the COP House (St. Cloud Rotary Community Outpost) in south St. Cloud.

*When this story was first published, the location of the idea scribbled on the napkin was incorrectly written as Benton Station tavern.